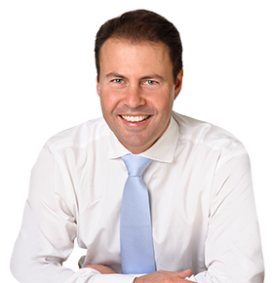 The Turnbull Government is committed to unlocking the potential of the north, former Minister for Resources, Energy and Northern Australia (now Minister for the Environment and Energy) Josh Frydenberg told the Global Food Forum in Melbourne in April.

Mr Frydenberg said one of the challenges was to improve the supply chains for agriculture.  To that end the Government was rolling out a $100 million beef road initiative to lower the cost of transport for cattle which could be up to 40 per cent of the total cost involved.

And there were plans to breed up to 100 million prawns a week, mostly for Asia, in a $1 billion project in the Northern Territory and Western Australia.

“Our proximity to markets in Asia presents us with considerable opportunities over other agricultural producers.

“We are right on the doorstep of the booming middle class in Asia and, as some of you may be aware, Darwin is closer to Singapore than it is to Sydney and closer to Jakarta than it is to Melbourne.”

Mr Frydenberg said northern Australia, defined as that part of our country which is north of the Tropic of Capricorn, comprised 40pc of the country’s land mass and received 60pc of the nation’s rainfall but only saved two per cent.

It contained 17 million hectares of arable soil, but lacked the irrigation infrastructure necessary for cultivation. The region also had only 69 dams compared to 494 dams in the rest of the country.

About 1.3 million people lived in northern Australia representing 5.5pc of the population but Mr Frydenberg said the region punched above its weight.

“In the 2010-11 agricultural census year the gross value of agricultural production in northern Australia was $5.2 billion and over 55 per cent of Australia’s exports were shipped from northern ports in 2012-13.

“If northern Australia is going to reach its full potential, it needs long-term commitments and investment and particularly foreign investment which has been so critical to the development of so many industries in this country,” Mr Frydenberg said.

In June 2015 the Government released the first ever white paper on developing the north.

The paper outlines a plan to invest in and develop land, water, infrastructure, road, rail, aviation and workforce activities as well as better governance in the region.

At its centrepiece is a $5 billion infrastructure investment facility, which amounts to a concessional loan program, where the government will partner with business and state and territory governments by providing up to 50 per cent of the debt on any particular economic project. (The legislation to enact this was passed by Parliament on May 3.)

This includes infrastructure that would support agricultural production; road, rail, ports and airports. Potential recipient projects with an indicative capital value of more than $20 billion have been already identified as projects under this facility.

“Another huge opportunity . . . is about harnessing the water that we have in the north that otherwise seeps into the ground,” Mr Frydenberg said.

“The north has significant water resources: rainwater, groundwater and the largest surface water resource at Lake Argyle. However, they are all commercially under-utilised and could be available for agricultural development but more work needs to be done.”

Mr Frydenberg said a CSIRO study had shown that the soil, surface water and potential in stream dams was sufficient to support 1.4 million hectares of irrigated agriculture in the north, which would result in an increase of around 50pc in Australia’ s total irrigated area.