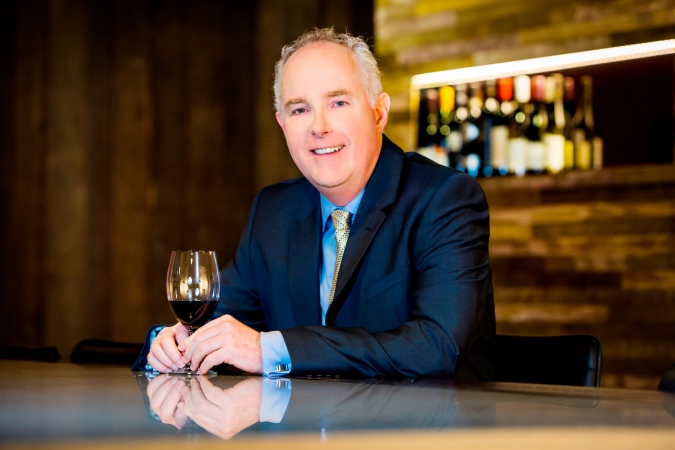 Mr Clarke was responding to a question put to him by John Durie, business columnist with The Australian at the Global Food Forum the newspaper hosted in April.

“We’re probably the third or fourth biggest wine company in the world and we have globally less than a three per cent share,” he said. “So it’s an incredibly fragmented business.”

In many parts of the world it was run as a cottage industry, which wasn’t really efficient.

Faced with further consolidation of the wine industry, Mr Clarke hoped that Treasury Wine would be in a position to make more acquisitions.

In the two years he has been running the company the market value of the company has increased from $2.5 to $7 billion and the share price has doubled.

Under his watch, the investment in marketing Treasury Wine’s portfolio of some 100 brands globally has more than doubled from five to 10 per cent of sales, which Mr Clarke said had provided the company with “enough consumer pull now around the world” to achieve “pretty good margins”.

Mr Clarke said Treasury Wine had been very diligent in prioritising which brands to invest  for growth globally.

“If you can make a brand of significant size beyond just one country and take it to multiple regions, it allows you to invest more money behind those brands and then grow those propositions globally, which therefore improves the returns.

“So what we’ve done is we’ve prioritised brands within our portfolio and that has led to a positive trajectory in the business, which is looking good; so we will do more of that.

Mr Clarke foreshadowed retiring some brands and resurrecting them in the future as new products to be marketed globally. Treasury Wine also partners with retailers around the world with its labels or brands and allows some, amounting to less than 3pc of the business, to sell a brand exclusively under a private label.

That way, even though these retailers use these wines as their own, Mr Clarke said there was still a way to grow together.

In China a lot of hard work and investment in brands in the last two years had been put into convincing consumers to switch from French to trusted Australian brands like Penfolds and Wolf Blass that delivered more value.

“I would love more competitors of ours in Australia to actually join us in Asia to actually build brand Australia and . . . to take more share from some of the other countries that have currently had a pretty easy ride.”

Mr Clarke said when it came to brand, Australia was seen as a source of cheap wine. And whenever the dollar was weak exporters were able to capture those easy sales, which weren’t sustainable and therefore often lowered the value of local brands.

“You can compete on price but it’s never going to be sustainable. You’ve got to make sure that you’re getting consumers to understand what your brand is or what your offering is, and why it’s worth more than somebody else’s proposition.

“And that’s the strategy we’ve embarked on . . . for the last two years. We will continue to do this. It’s paying tremendous dividends, for Treasury Wines.”

Being a capital-intensive business, Mr Clarke said he had no problems sharing infrastructure be it in logistics, bottling or a winery and collaborating with competitors to help drive existing synergies because Treasury Wine’s investment in brands would mean “we will beat them on the shelf”.

As well as increasing the spend on marketing brands, Mr Clarke said growth had been achieved in Asia including China, by not relying only on distributors, like many of the company’s competitors, but investing in supermarket and grocery channels. Being very focused on fewer things and doing them incredibly well had also helped.

Another market targeted for further growth was the United States where Treasury Wine doubled its investment late last year when it took over the Californian and UK wine assets of British drinks company Diageo for $754 million.

Mr Clarke said in America more and more consumers were buying more expensive wines of $10 and above per bottle.

Additionally, the US was a net importer because local wine makers couldn’t satisfy demand. “So to me that’s a perfect environment to grow.”

Mr Clarke said the US and in particular, north Asia, were the two growth opportunities for the business.

From the Diageo acquisition, the American brands as well as adding to sales growth for Treasury Wine in that market would also present market opportunities in Asia, currently not serviced by other US competitors.