Northern Australia needs more investment and people to develop the region and allow it to reach its potential, an Agribusiness Outlook Australia 2016 in Sydney was told late last month (May).

According to Northern Australia Development general manager Luke Bowen the north of Australia is on the edge of what is the most prospective part of the world and is no longer isolated.

Mr Bowen, a former executive director of the Northern Territory Cattlemen’s Association, is charged with attracting investors to the region and implementing policies to drive development on behalf of the NT Government. He is also a member of the Federal Government’s Agriculture Advisory Council.

“We maintain that northern Australia is critical to doing more for the country. This is about us collectively seeing a lift in the country’s fortunes,” he told the conference.

Half the world’s population was to our north and Indonesia, a country of 280 million with a middle class of 60 million, was only 200 nautical miles (124km) away (from Darwin).

Mr Bowen said Indonesia alone had already begun spending $1 trillion on 19 seaports and five major sea maritime transshipment hubs, land, road and rail networks throughout the archipelago consisting of 17,000 islands.  “We have to be part of that.”

Northern Australia had 17 million hectares identified as having agricultural potential and an abundant amount of water but it lacked the infrastructure required, he said.

“If we want to maintain our influence in the region …. we have to do a lot more with what we’ve got”.

Late last year the NT Government announced a 99 year lease of the Darwin port to Chinese company the Landbridge Corporation because, Mr Bowen said, local investors were unprepared to fund its development.

The port, he said, was not much more than “a couple of big wharves”. “It’s not like Brisbane or Melbourne. But it needs to be.” As well, the north’s roads, 80 per cent which were still unsealed, needed upgrading and the rail networks to be connected.

The other vital ingredient needed was people with the territory only home to 1 million. Mr Bowen said.

He suggested they would be have to come from regions to Australia’s north because despite the attraction of high wages and employment opportunities people from the south had little interest in moving there.

Another speaker at the conference Federal Assistant Minister for Agriculture and Water Resources Anne Ruston acknowledged that labour over the last few years was emerging as a major challenge  for farmers.

One things the backpacker tax debate had highlighted was there was a bigger issue about the supply of labour for the future of the agricultural sector.

“We’ve talked about the burgeoning markets of Asia but there is no point in us going out there and developing those markets if we don’t have the labour to be able to process, package, pick and whatever with the produce we intend to send to these markets,” she said.

“We have agreed should we be re-elected on July 2 of having a broad ranging in-depth analysis of the labour market to make sure we have a supply for what we have projected into the future … for Australian agriculture.” 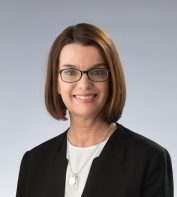